29 representatives of companies and institutions interested in launching the biomethane market in Poland joined the 4th REGATRACE participatory workshop organized by UPEBI on the 23rd of May. The event was held partly on-line based on Microsoft Teams platform and partly in-person.

The introduction to the workshop was given by Dr. Magdalena Rogulska, REGATRACE Project Manager. She summed up the the activities undertaken so far in Poland under this project and presented the information on the Gas Package and the RePower Plan proposed by EU.

After that, Maciej Szambelańczyk (WKB law firm) presented the postulates of the biogas sector regarding biomethane in relation to the draft amendment to the RES Act published in February. An important element of the amendment is the introduction of a definition of biomethane and the introduction of a guarantee of origin for biomethane. This document is at the legislative stage and will be adopted in the coming months after analyzing all the submitted comments.

The next presentation by Izabela Samson-Bręk (Institute of Environmental Protection) discussed the technological aspects and national regulations concerning the use of biomethane in transport. Then, Sylwia Koch-Kopyszko (UPEBI) presented the feasibility study for the biomethane project which assumes starting the production of biomethane by the existing agricultural biogas plant. After that, Magdalena Rogulska (UPEBI) took the floor presenting the biomethane registries in EU countries.

The last point of the meeting was the overview of national programs that can be used to finance biomethane investments made by Joanna Warczachowska (BCG Business Consulting Group). 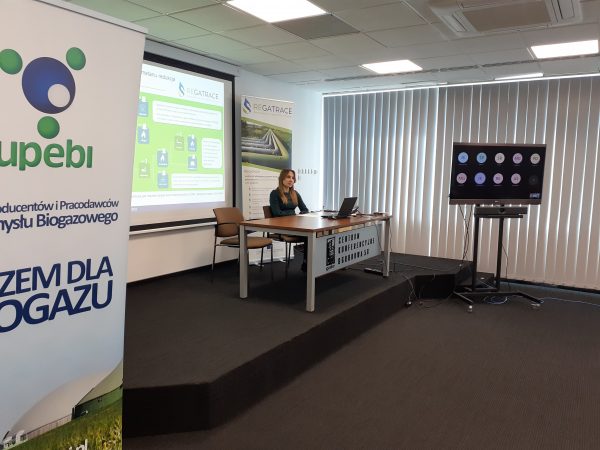