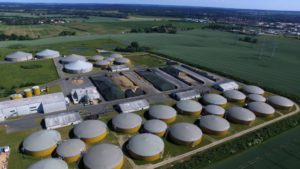 According to an article on EURACTIV, the production of biogas, biomethane and “green” hydrogen will have to skyrocket by at least 1,000% over the next three decades in order to reach the EU’s climate neutrality objective for 2050.

In 2017, renewable gases already represented around 7% of renewable gross inland energy consumption in the EU, said Antonio Lopez-Nicolas, deputy head of unit at the European Commission’s energy department, making them “an important part” of the bloc’s energy mix.

But with Europe now aiming to reach climate neutrality by mid-century that percentage will need to “grow substantially,” the EU official told an EURACTIV event supported by French utility ENGIE last November.

Under EU long-term scenarios for 2050, where global warming is kept below 1.5°C, gaseous fuel consumption “would reach between 50 and 62.5% of today’s gross inland consumption”  of gases.