The Finnish Biocycle and Biogas Association organized a workshop in Helsinki

On March 10, 2020, the Finnish Biocycle and Biogas Association organized a workshop in Helsinki, which brought together a wide range of experts to consider how much biogas could be produced and consumed in Finland in 2030. The workshop also envisioned biogas production levels for 2035. In the workshop, biogas was used as a general term and biomethane was thus naturally involved in the discussions. Similar workshops are organized in 14 countries in Europe as part of the REGATRACE project. 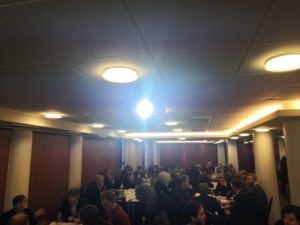 The workshop confirmed that biogas production could be 4-7 TWh in 2030. Production would be based in particular on the utilization of agricultural-based by-products, but new technologies and feeds would also play a role (e.g. gasification). For 2035, 6-15 TWh was envisaged for biogas production. The current production of biogas is about 1 TWh, but according to several studies, Finland’s techno-economic biogas production potential (AD technology) is estimated to be about 10 TWh.

It was estimated in the workshop that in 2030 there would be a demand for biogas and biomethane of 4-11 TWh. A significant part of the demand would be for biomethane, of which heavy vehicles could consume 2.5-4 TWh, passenger cars 0.5-1 TWh, buses 0.5 TWh, industry 0.5-4 TWh and ships 0.85-4 TWh. It was estimated that 0.4-2 TWh of biogas would be consumed in heat and electricity production.

The workshop identified several factors that either speed up to or slow down biogas supply and demand. Opportunities for the biogas sector are created by carbon neutrality targets, intrests in advancing national self-sufficiency of energy and nutrients and the vitality of the regions, and emission reduction targets for transport and agriculture. It was generally agreed that the biogas sector should make a more determined shift from waste management towards energy production and the production of recycled nutrients. The low profitability of biogas production is challenging the sector, as the end-product markets (both energy and recycled nutrient products) are still developing. The availability of low-cost fossil fuels was also considered to slow down the development of the biogas industry.

Political decisions have a strong impact on the development of the industry. In Finland, there is strong political will to develop and invest in the national biogas sector. In the workshop was given widespread support for well-designed and targeted policy instruments: profitability can be improved with subsidies and demand for end-products can be increased with various incentives. What comes to the operating environment and incentive schemes they should be made more predictable and long-term.